In the great 21st-century energy debate, there is one incontrovertible truth: creating and using energy are inefficient processes. In fact, more than half of all energy generated — whether by fossil fuels or alternative sources — is lost to the environment, primarily as heat. Recent work in the lab of UCSB materials professor and newly appointed chair of the Materials Department Michael Chabinyc suggests that thermoelectric (TE) plastics may hold the key to capturing that lost energy and converting it to usable electricity.

In a paper titled “Morphology controls the thermoelectric power factor of a doped semiconducting polymer,” published in the June 16 issue of Science Advances, Chabinyc and his co-authors describe new advances in TE plastics, the results of research supported by the Air Force Office of Research and the National Science Foundation. 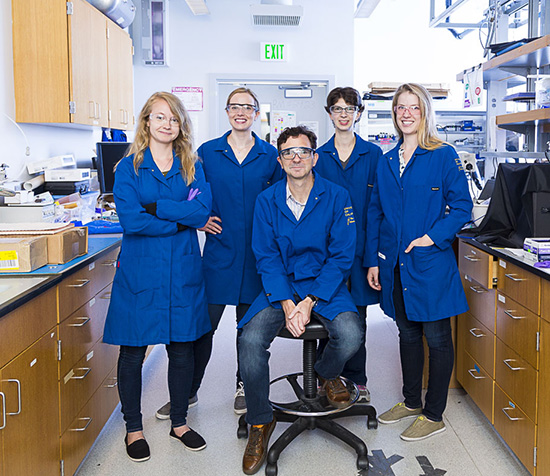 Currently, inorganic TE materials provide power in a few niche applications. Both of the Voyager spacecraft are powered with batteries driven by TE material that gets its heat from a payload of decaying radioactive material and is cooled by the extreme low temperatures outside the vessel. TEs are the cooling element in some small refrigerators, like those used to store wine, and also have some medical applications.

TEs offer a significant opportunity to capture waste heat from industrial processes at temperatures below 200° C. Currently, application is limited partially by the performance of existing TE materials and also by the fact that they are produced from elements that occur in low abundance, making them expensive and impractical for widespread use.

Electrically conductive plastics may make it possible to develop low-cost, flexible, conformal thermoelectric devices. Such materials can be dissolved in solvents (so that they can be formed), and printed into electronic devices using simple techniques like inkjet printing. That ease of processing enables new device geometries that are difficult to achieve using inorganic materials, many of which are hard and brittle. However, controlling the thermoelectric properties of electrically conductive plastics as they are printed is a critical challenge.

“If we can develop materials that perform well and have sufficient stability and correspondingly long lifetimes, then we can imagine forming highly useful thermoelectric devices that can, for instance, be wrapped around pipes as energy-harvesting coatings rather than as simple insulation,” Chabinyc said. “Currently, TE plastics do not perform sufficiently for such applications because of their inefficiency in converting temperature difference to an electrical voltage, but we are still in the early stages of investigating and developing high-performance thermoelectric plastics.”

The paper describes a critical advance made by Chabinyc’s group in understanding how to increase the performance of electrically conductive plastics, which, at the molecular scale, can be visualized as a bundle of sticks, with each stick being a chain of repeating molecular units.

The material’s electrical conductivity is strongly related to how the “sticks” are aligned. Until now, it has been difficult to directly measure the alignment of such molecular chains, or polymers, at very small length scales. But by using advanced X-ray–based measurement techniques at national laboratories, the researchers found that they could control the alignment of the molecular chains to enhance their thermoelectric properties. “We changed the way we deposited, heated, and cooled the material to ensure that the molecules were lined up in a certain way, and it led to improvements in the thermoelectric properties,” Chabinyc said. 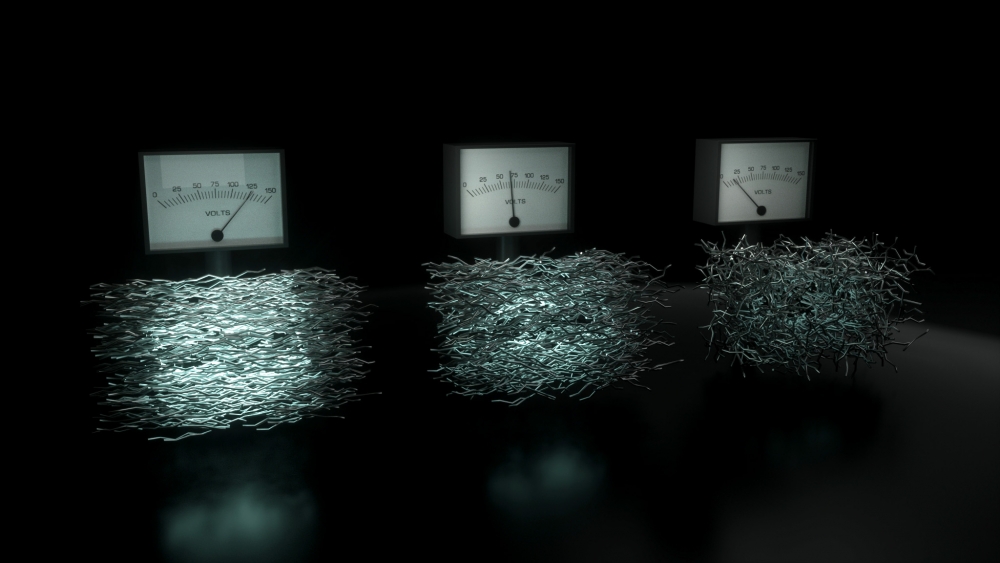 “Our study combined fundamental measurements of both electrical and structural properties,” he added. “To study the nanoscale structure of these materials, we needed the intense X-rays available at the Advanced Light Source at Lawrence Berkeley National Laboratory and the Stanford Synchrotron Radiation Lightsource at SLAC National Laboratory.”

“We are just scratching the surface of conductive plastics for thermoelectrics,” said Dr. Shrayesh Patel, who led the lab work on TE plastics as a postdoctoral researcher in Chabinyc’s lab and is now professor at the Institute for Molecular Engineering at the University of Chicago. “In addition to recovering waste heat, plastic thermoelectrics will play an important role in cooling applications where local temperature control is critical,” he said, mentioning medical cooling blankets as one such possible application.

“Our study helps provide a pathway to improve the performance of many types of electrically conductive polymers,” Chabinyc explained. “We are currently determining the limits of the performance of other materials to determine how general our results are.”